On 29 August 2018, Youth Power, CARE’s partner organization, was part of the organizing team of the conference “Zero tolerance to violence in schools” at the Cultural Center Mostar.

The conference was an opportunity to present the activities that were implemented in 8 high schools in Herzegovina-Neretva Canton, during the past school year.

The goal of the conference was to create and develop a safe and supportive environment in educational institutions thus providing each child with the right to be protected from all forms of violence. Partners of the conference are: NGO Youth Power from Mostar, Center for youth activism from Sarajevo, Genesis Project from Banja Luka, TPO Foundation from Sarajevo, Center for Human rights and the Association for psychological support from Mostar and Pedagogical Institute and the Institute for Education. 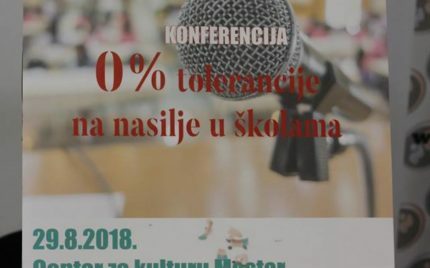 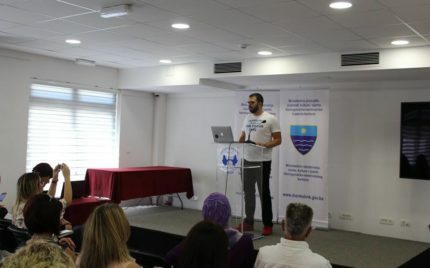 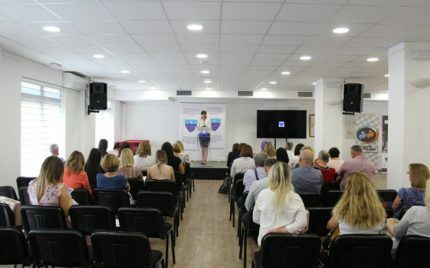 Nedim Mičijević, Program Manager of the NGO Youth Power said that they planned to work on this project for two more years.

“Through this project, the Youth Power, in cooperation with the ministry, has been working on the first part of the program for four years and we plan to work on the project for two more years. The program is based on the promotion of healthier lifestyles and the prevention of violence in high schools through peer education and professional development of school counsellors in order for schools to be able to implement the same program.”

This activity is implemented within the project “Promoting Healthier Lifestyles among Youth in Bosnia and Herzegovina by Challenging Gender Stereotypes”. This project is supported by the Swiss Government and the OAK Foundation and implemented with the support of CARE International Balkans.