As of Monday, 24 September 2018, Banja Luka is richer for another graffiti of the “Be a Man” club Banja Luka.
This time the location of the graffiti is in the part of the city called Nova Varoš, on the wall of a building that had hate messages written all over it. The graffiti carries the message “React as human, against violence”, and it was done by active members of “Be a man” club Banja Luka and partner organization Perpetuum Mobile Banja Luka. With this campaign, the young people from Banja Luka once again, in a creative way, pointed out the problem of peer violence, but also violence in general, and sent their message to all high school students to react on violence and prevent it from happening. 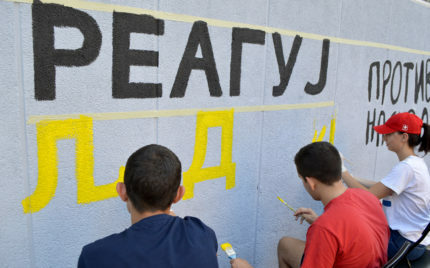 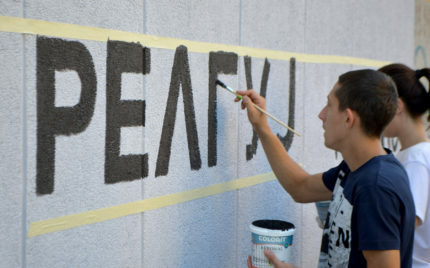 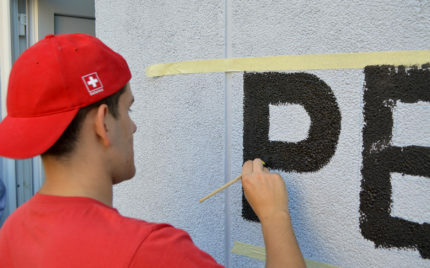 The activity has been realized within the project “Promoting Healthier Lifestyles among Youth in Bosnia and Herzegovina by Challenging Gender Stereotypes” and the project “Men and Boys as Partners in Promoting Gender Equality and the Prevention of Youth Extremism and Violence in the Western Balkans” implemented by the Perpetuum Mobile Institute in Banja Luka. The projects are supported by the Swiss Government in Bosnia and Herzegovina, the Austrian Development Agency and the OAK Foundation and are implemented with the support of CARE International Balkans.