On 24 of March 2018, “Young Men Initiative” held the training with teachers of “Gjin Gazulli” Electro-Technical High School in Prishtina. 14 teachers were trained for the promotion of gender equality and prevention of violence. During this training, these participants were announced with the achievements of the programs till now, “Y” Program and for plans that we think to realize in the future.

Apart from the training, these teachers had the chance to tell their personal experiences about the violence among students and how they reacted to prevent them. During all this one day training, the teachers expressed a lot of readiness to work for the things that we want to implement. They also told that cases of violence and inequality are still present in our schools.

Then, divided into groups they developed attractive workshops and learned for what is this thing called gender, labels and also for expression of emotions. Also, every group presented their work and at the end of the day, these teachers discussed for the following common work plans and implementing the project in their school and also for the work that we have to do to get the awareness of the society in general. 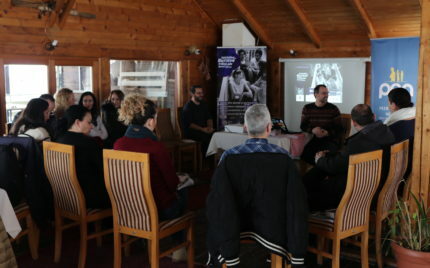 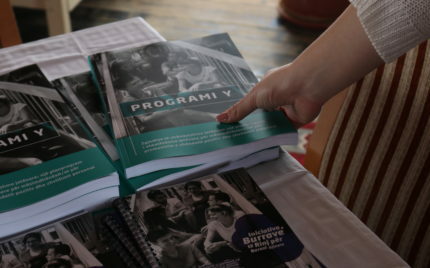 This training was organized within the project “The Men and Boys as Partners in Promoting Gender Equality and prevention of Youth Extremism and Violence in the Balkans”, implemented by CARE International Balkans in partnership with Network and supported by the Austrian Development Agency (ADA) and OAK Foundation.